Zoology Manager José Kok explains: "The cub has not only gained in height and weight but already looks like a giant panda, complete with black front and back legs, circles around the eyes and black 'panda ears' on top of the head. The somewhat flattened muzzle makes the picture complete. There is a real mini giant panda together with mother Wu Wen in the maternity den of Pandasia! The nails of the little one are becoming increasingly visible. We're now waiting for the eyes to open. This usually happens when the cub is around 5 weeks old”.

In the Maternity Den For Now
Wu Wen and her cub will remain in the maternity den for the coming months. The cub has to grow, learn how to walk and follow its mother, Wu Wen. Only then, will they venture out into the indoor enclosure together. The keepers closely monitor the development of the cub using video footage. In the zoo, a live stream video is available for an exclusive peek into the maternity den. 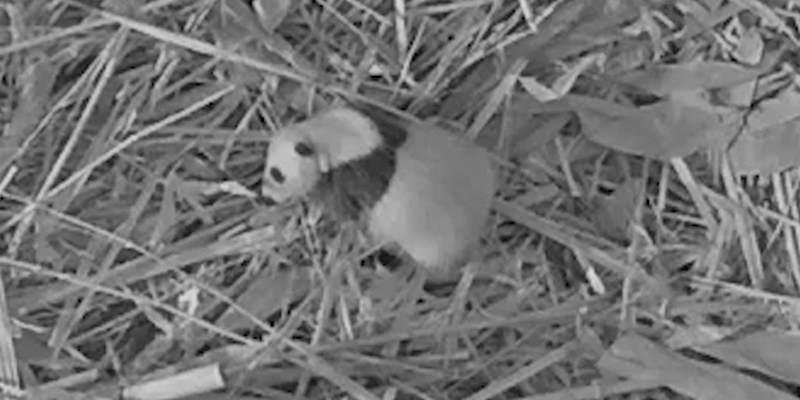